If you near the Portland, OR area this weekend I will be exhibiting at Rose City Comic Con on Sept. 10-11

I will be at Artist Alley Table C11. 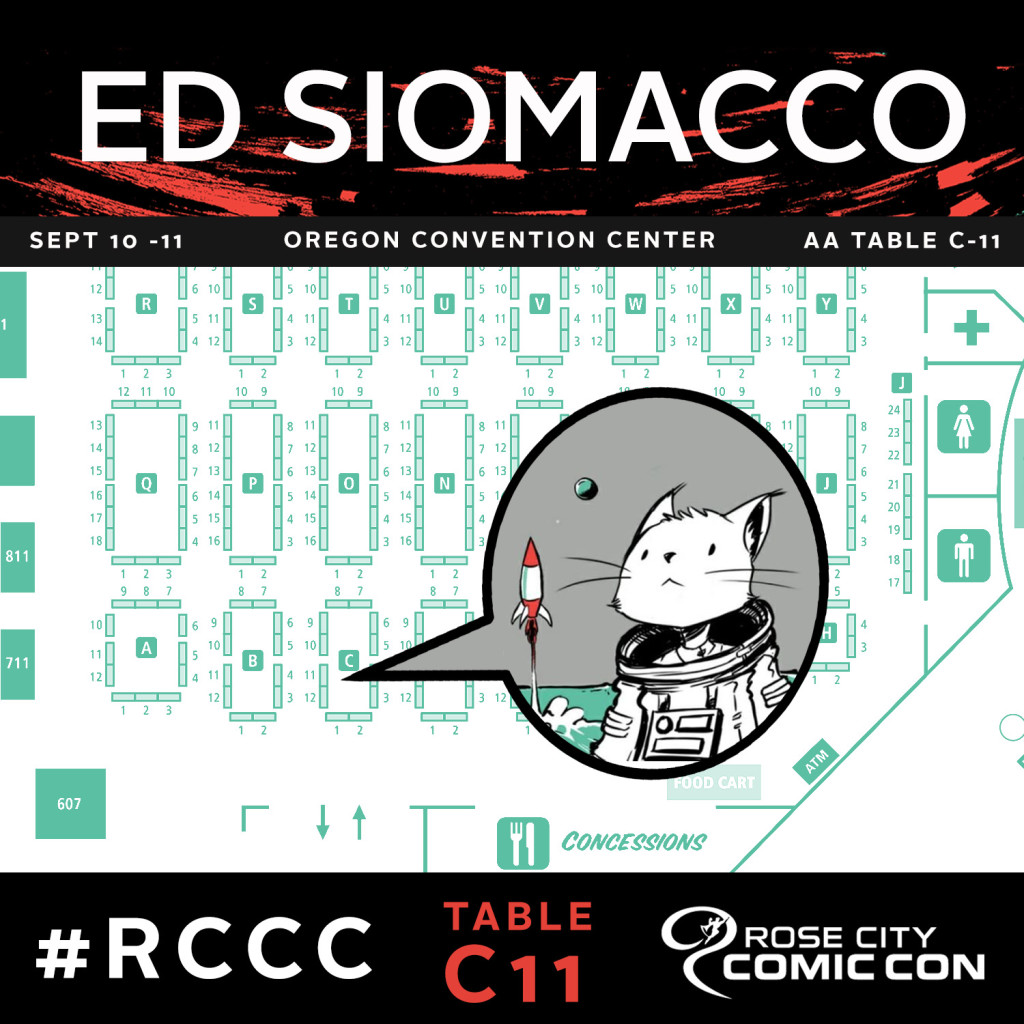 Come see me if you can. You can find more info at RoseCityComicCon.com

One of my favroite things about going to shows is doing Free Sketches. It is a great way to get share my work with new people.

I will be bringing prints of various sizes, my PLASMA sketchbooks, and my ‘The Adventures of SpaceCat’ mini-comics. 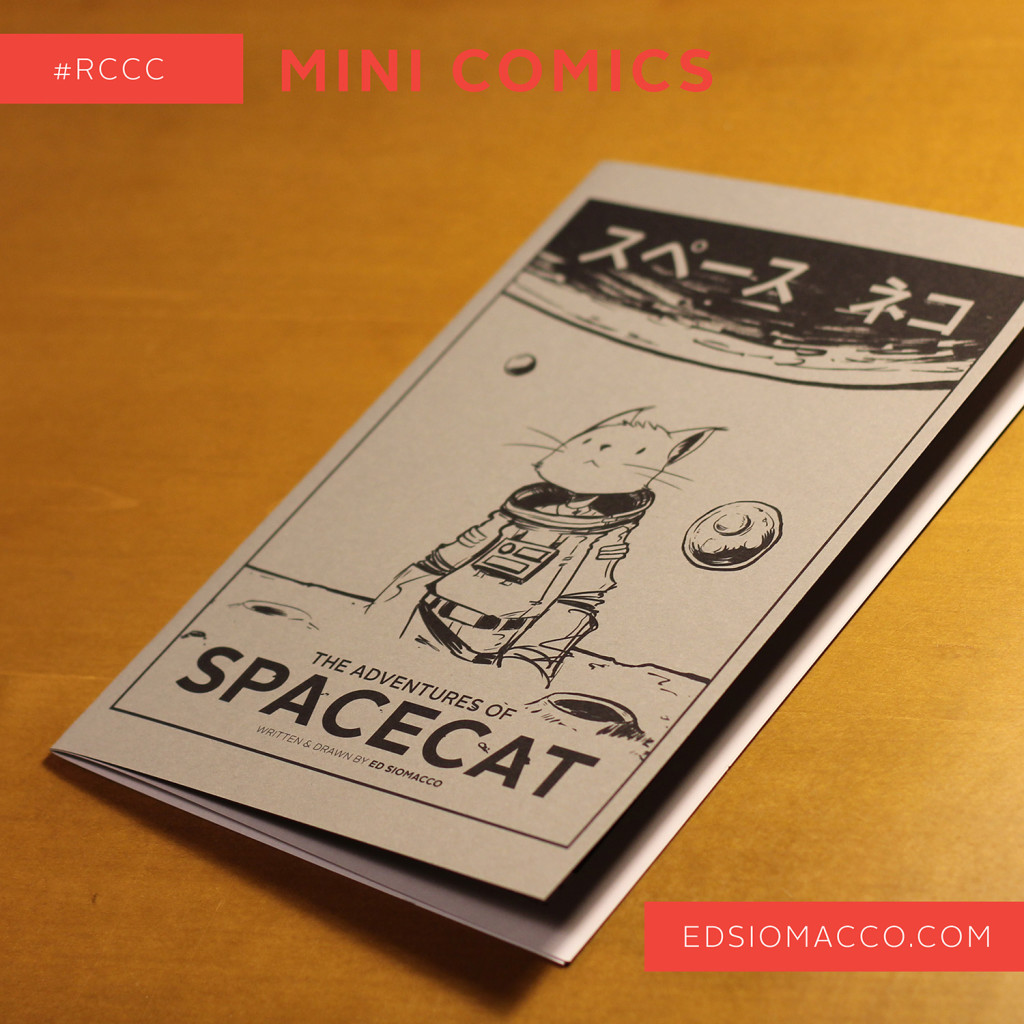 I only have a limited number of copies left of my PLASMA sketchbooks and my SpaceCat mini comics. 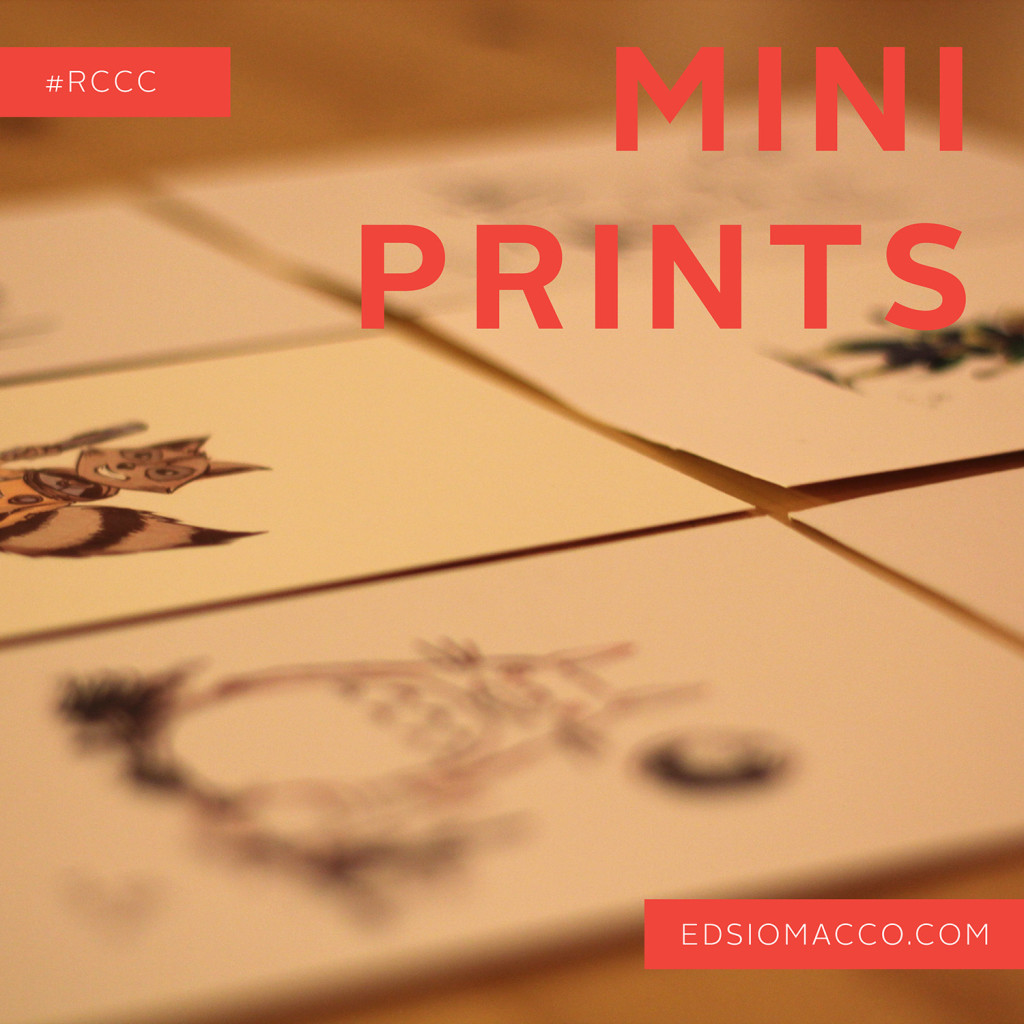 I recently illustrated this No Man’s Sky X SpaceCat fan art mashup. Some people are dissapointed in the game, but the game’s cover art did not dissapoint. As I played the game, I liked to imagine my character SpaceCat was who was exploring the universe. I will have a handful of copies of this print at Rose City this weekend. 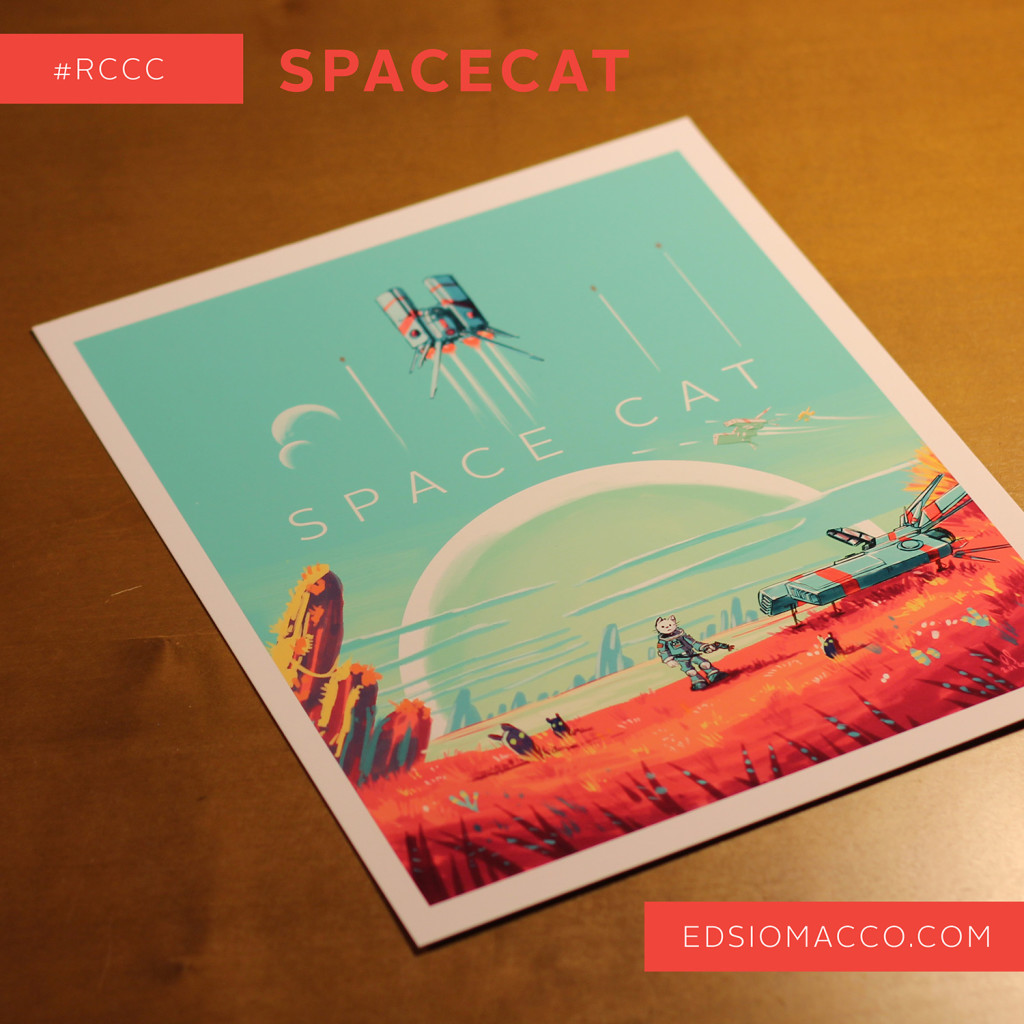 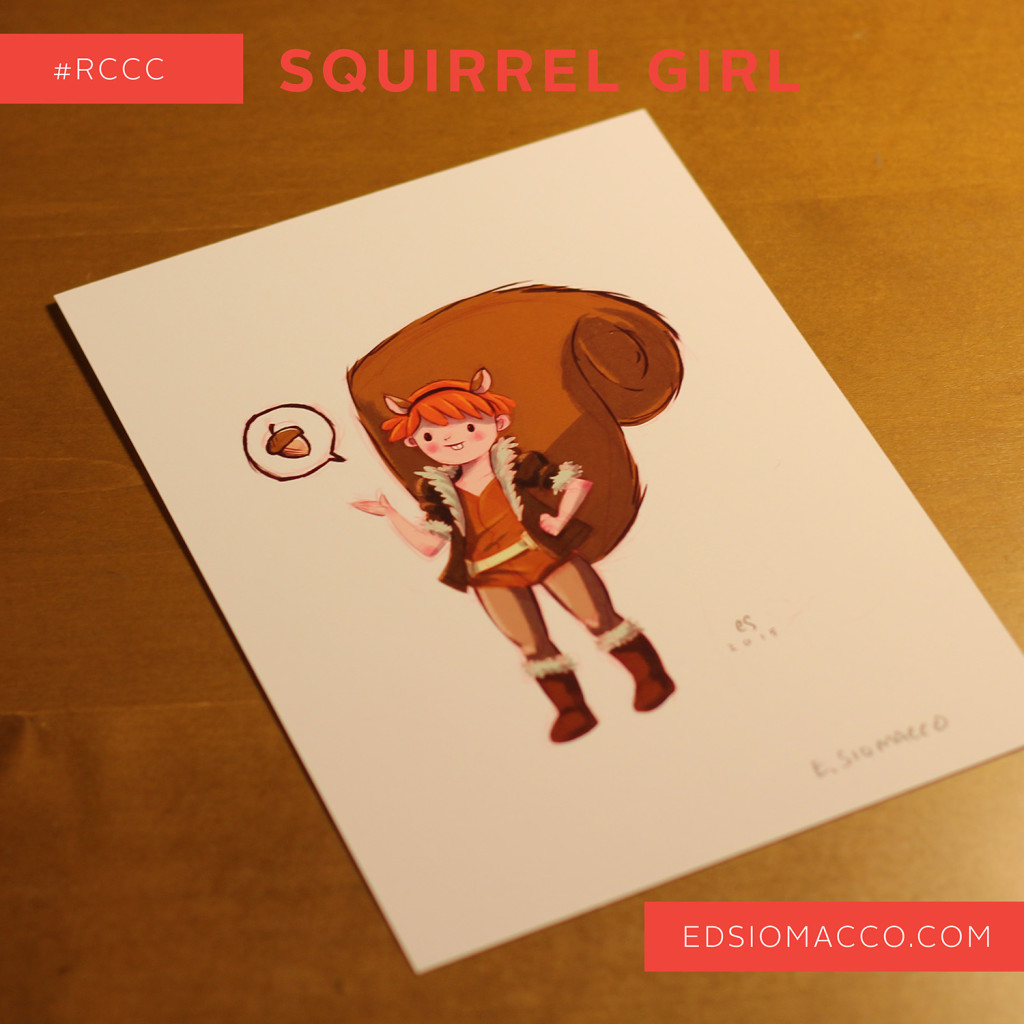 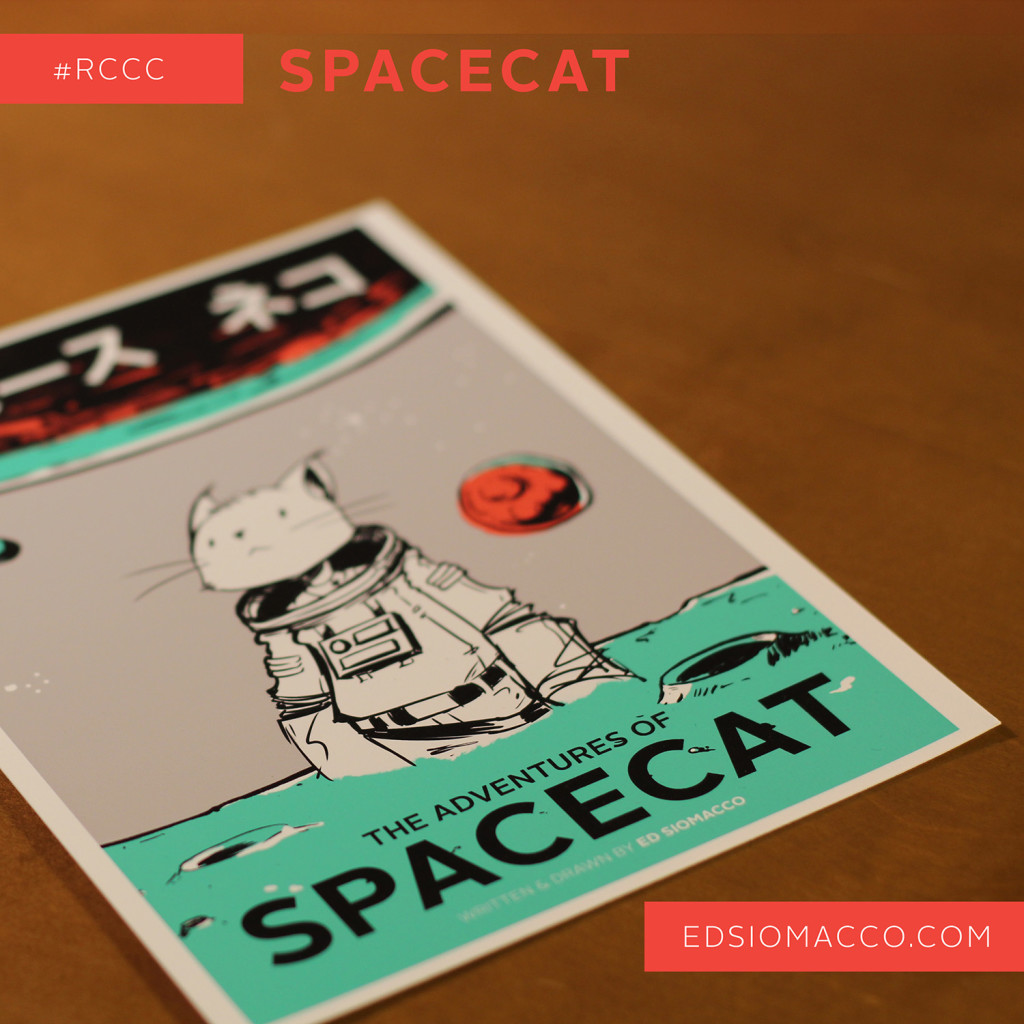 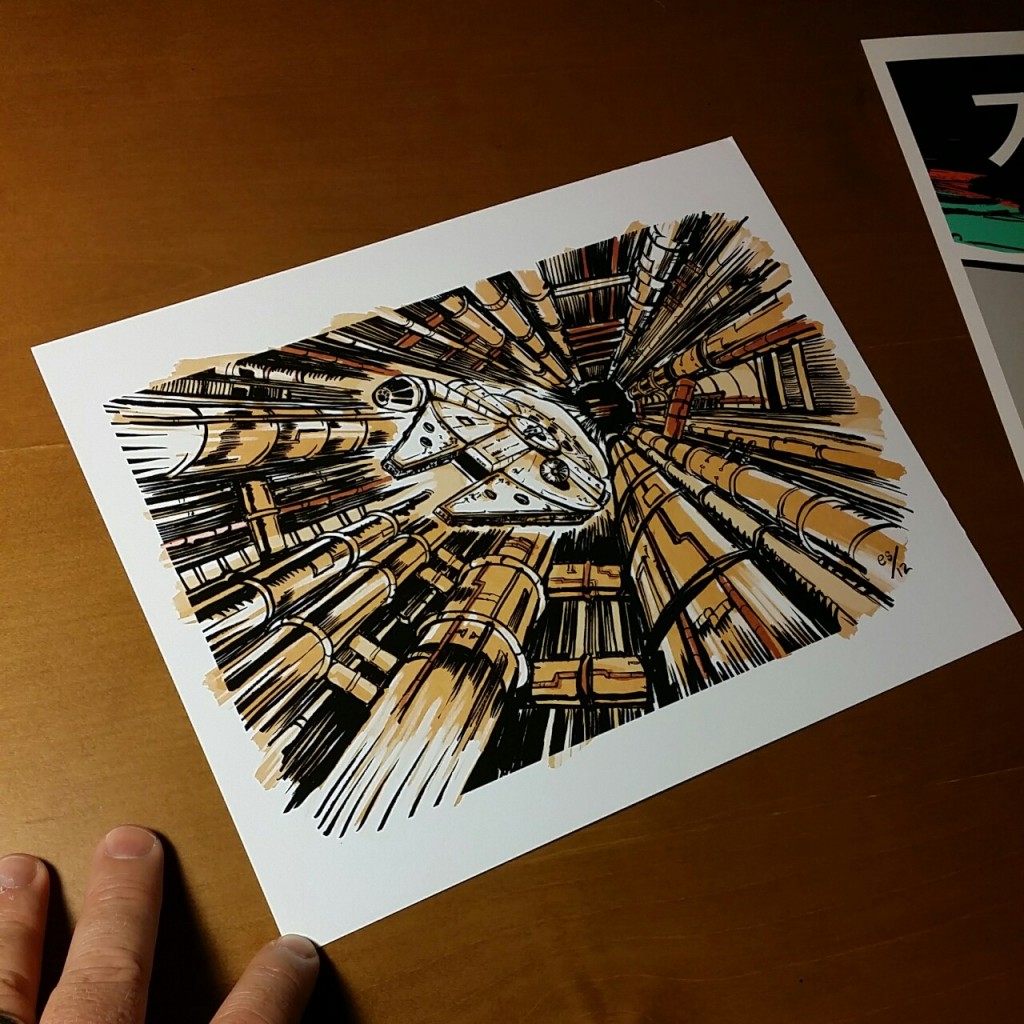 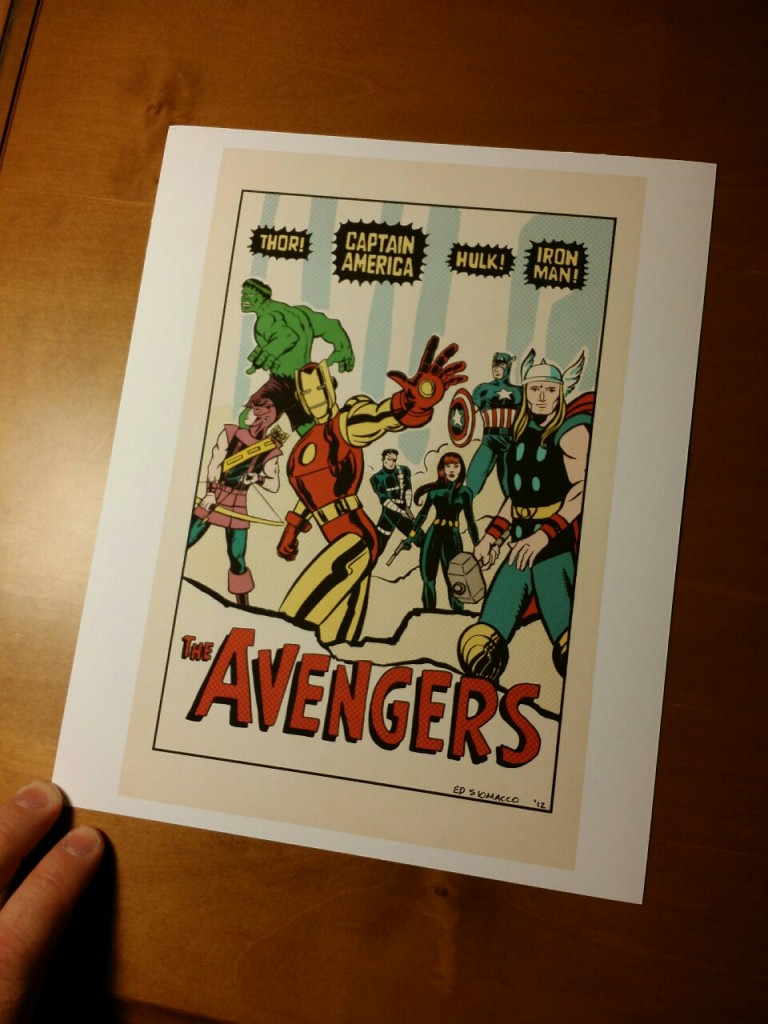 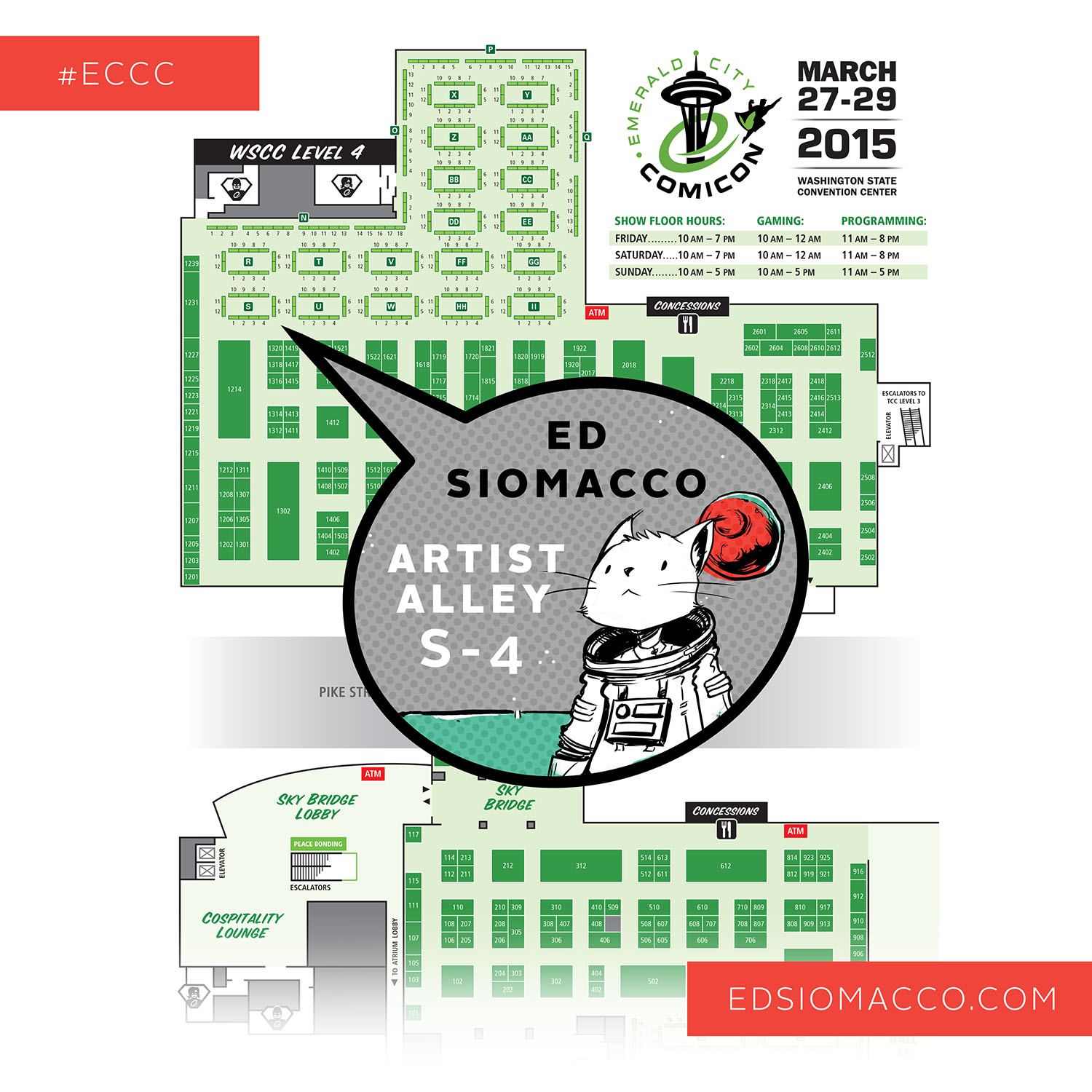 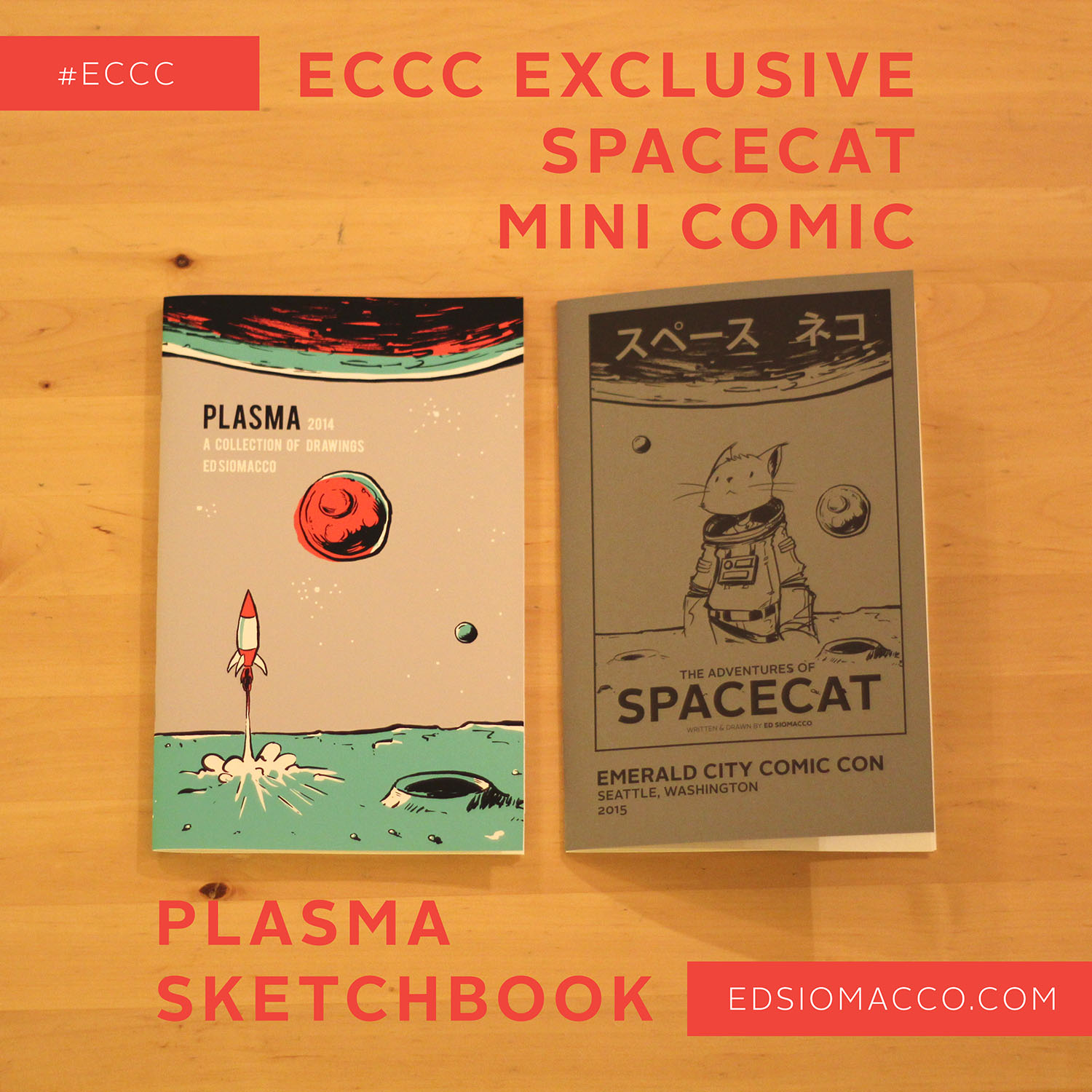 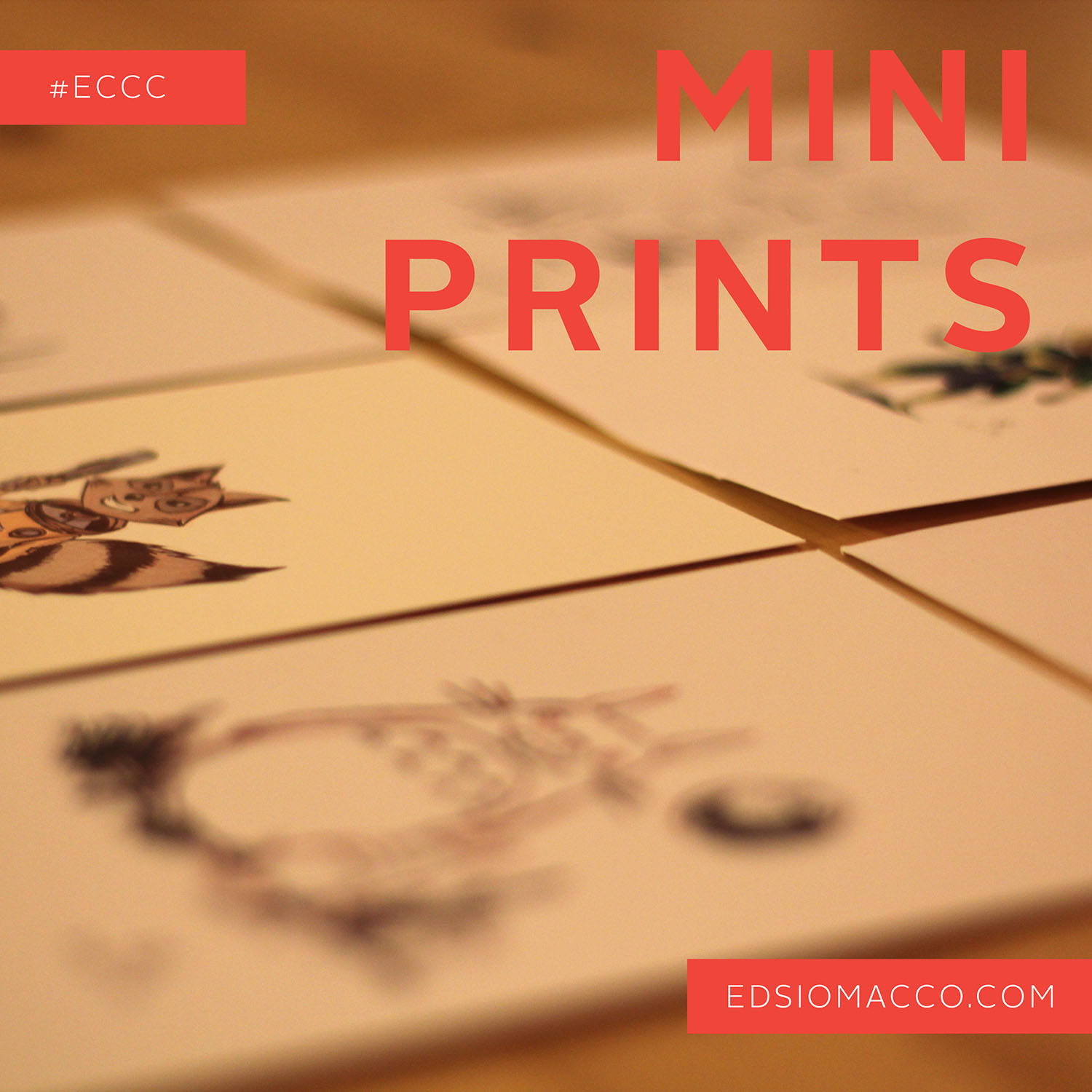 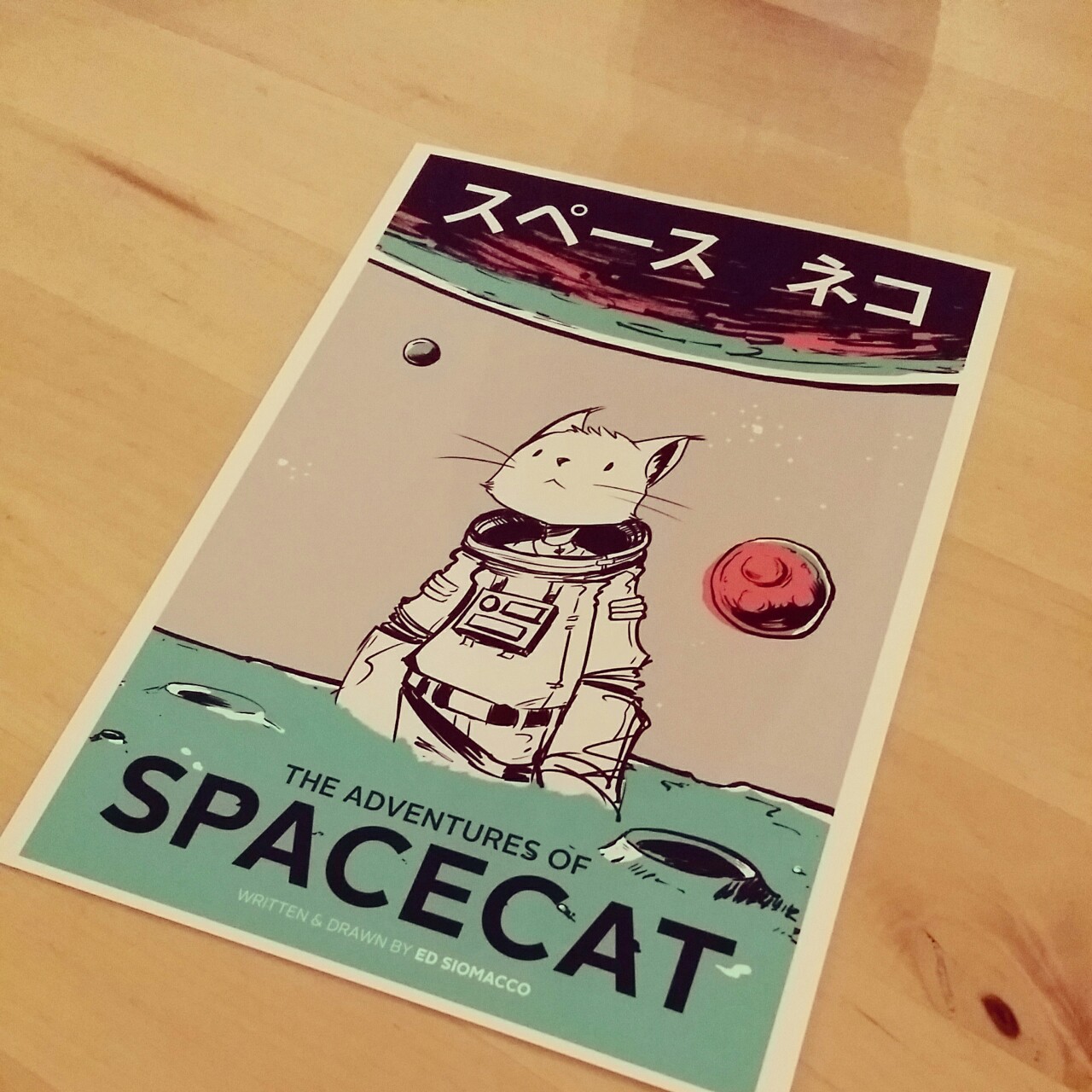 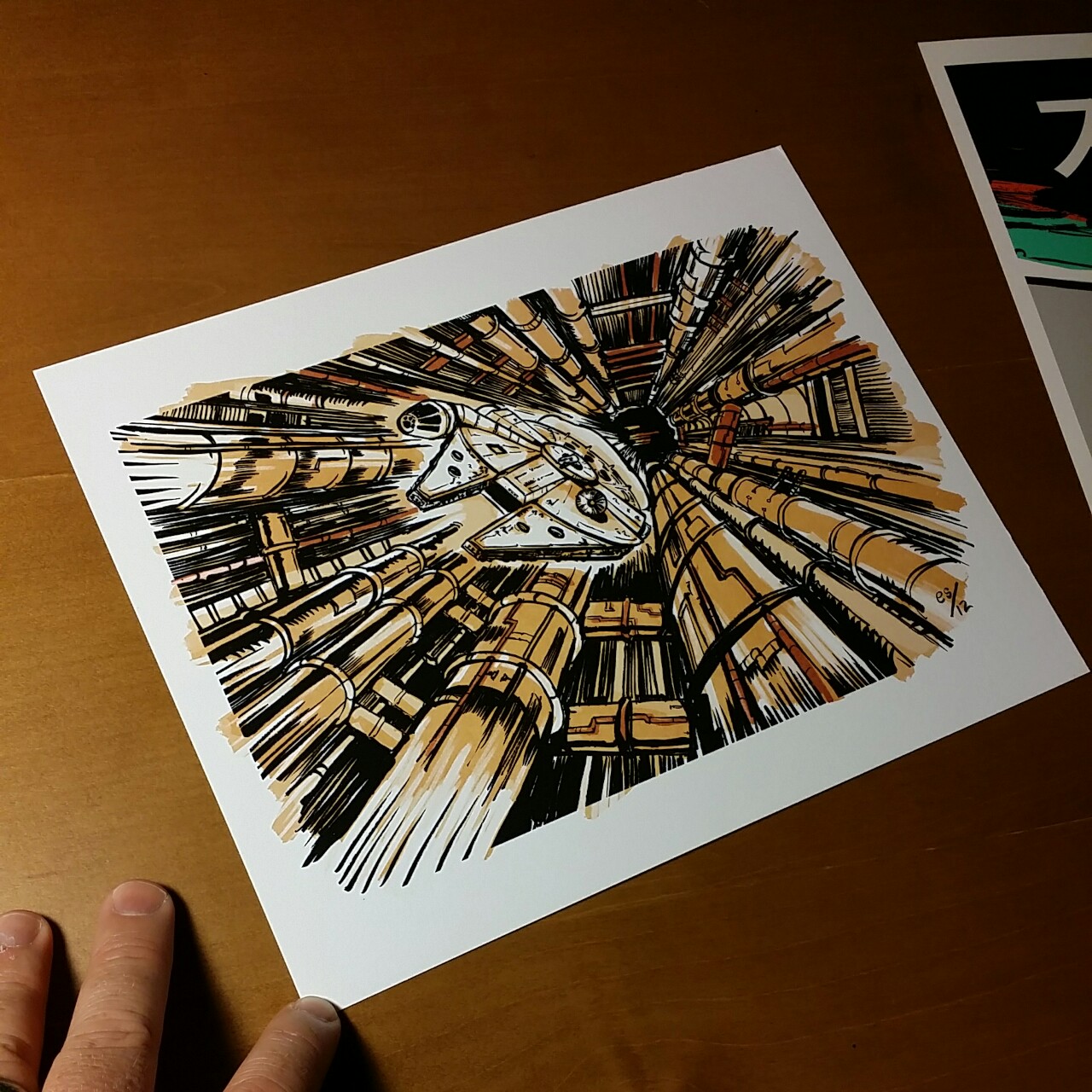 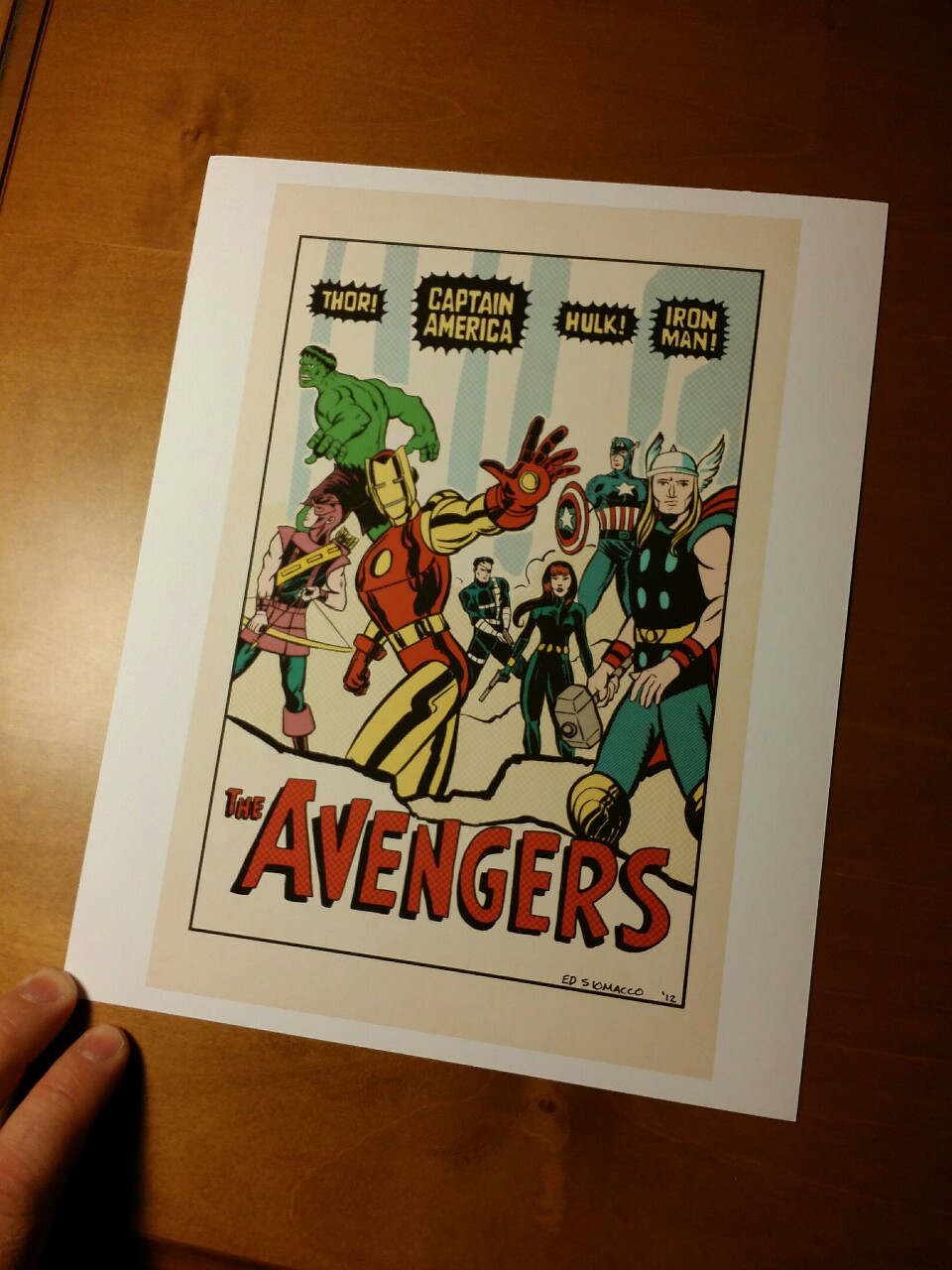 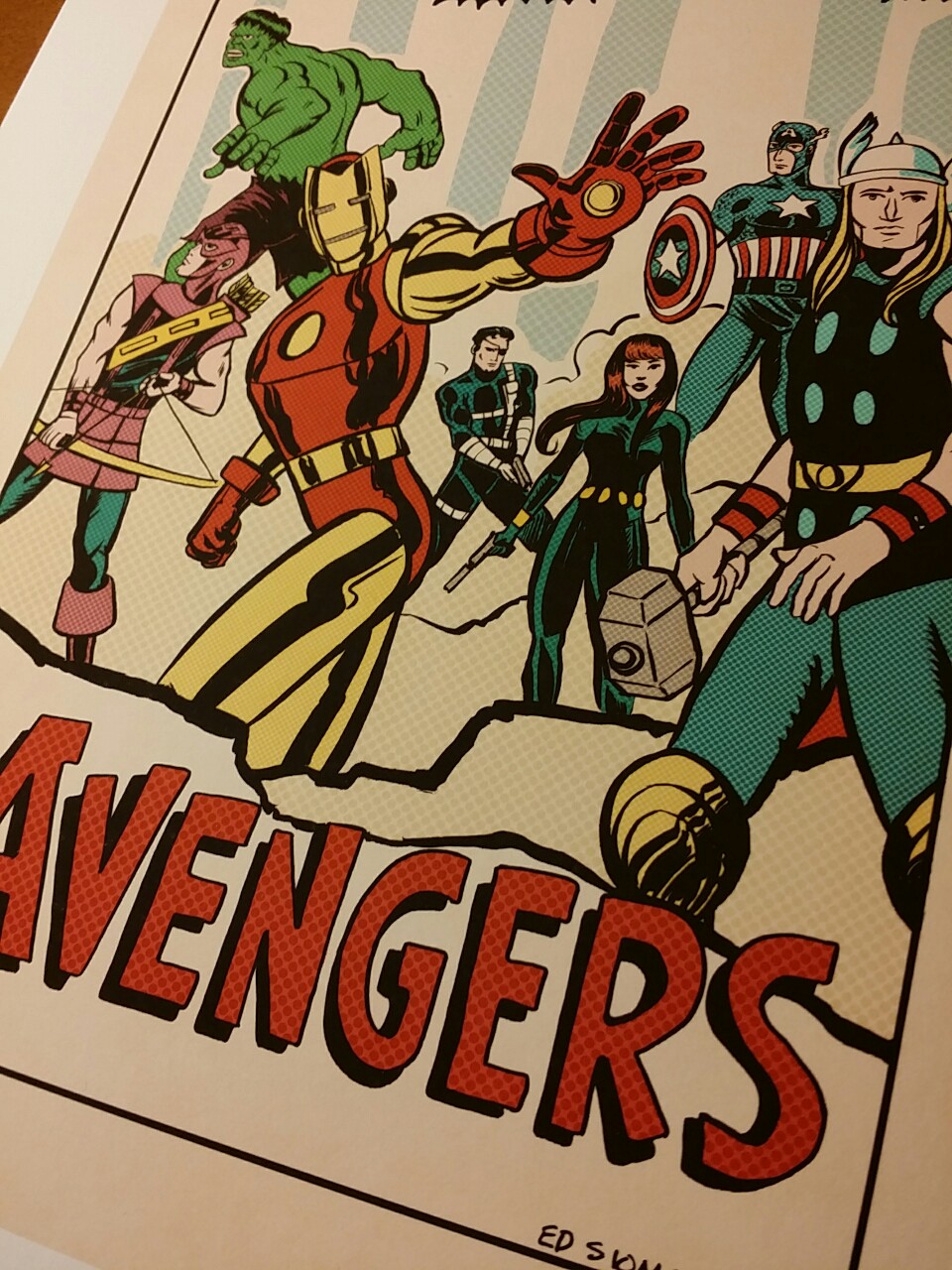 Bobette Buster : Can You Tell your Story ?

Bobette Buster is a USC professor who focuses on the art of storytelling. If you are like me and love stories and film and are fascinated by the craft, Bobette is someone you can learn a few things from.

“What people are interested in, is simply, to be taken into a world they would otherwise never be able to experience and see the ordinary become extraordinary.”
– Bobette Buster

via The Do Lectures

In this 20 minute video Bobette speaks about how the stories in film can help us grow and overcome adversity. She shows us how Charles Dickens, by letting us experience the horrors of child labor, helped bring healing which ultimately led to labor reform.

Bobette references the book, ‘The Uses of Enchantment: The Meaning and Importance of Fairy Tales’ by Bruno Bettelheim. Bettelheim had observed in the holocaust that, “the children who had heard the true Grimm fairy tales had been prepared for the fact that someday a wolf may come to your door, and some day you may be thrown in an oven, and some day you will be lost in a forest. But, if you keep walking forward, you will discover the courage to find your way. And there will come mentors and allies and friends, and you will not only survive, you will thrive.”

She explains how this idea of experiencing ‘enchantment’ in film is powerful because when we see a character take a leap to overcome adversity, it gives us confidence, power, and a boldness to overcome, or persevere, through, the adversity in our own lives.

“What you have to do, when you are telling a story about someone, is follow the moment that they most resist their greatest fear…and what we can do in cinema…is magnify and expand that moment where they seize their life.”
– Bobette Buster

Bobette also uses an example from The King’s Speech, showing how for the king’s moment of overcoming his ‘adversity’ is the moment when the king reaches out to befriend a commoner, something he never would have been able to do because of his fear of speaking. This small act is the break through moment for the character and it shows us, the viewer, how even small confrontations with adversity can move our lives forward.

When characters in a film take that initial small step to overcome their adversity, that “baby step” can be the moment that breaks open that characters life and changes their life’s direction forever.

An example of this is illustrated in the harmonica scene in ‘The Shawshank Redemption’. How when Red takes that bold step and plays the harmonica, even just for that second, it figuratively, and in this case, literally breaks open the prisons of life.

These stories are examples for our own lives. By sharing our own stories of ‘dark nights of the soul’ and how one small thing, even if it failed, led to newness or some sense of change or freedom.

“The greatest stories are all about a character resisting loving themselves.” – Bobette Buster

Ultimately, she tells us,  “all stories are about people becoming ‘truly alive’ or the ‘living dead'”. Al Pacino’s performance in The Godfather is given as an example of a moment of decision in the story that leads his character Michael Corleone toward a life of ‘living death’.

In summary, what I get out of this little talk is this: Stories are about the struggle of others and good stories impute to us the strength to persevere through the struggles in our own lives. Its a great talk and I encourage anyone to watch it. It will also make you want to re-watch some classic movies with a new perspective.

If you want to learn of what Bobette has to say on story you can follow her on twitter @bobettebuster and pick up her book ‘Do Story: How to tell your story so the world listens’. Also she has another great lecture called ‘The Arc of Storytelling’ over at QIdeas.org. 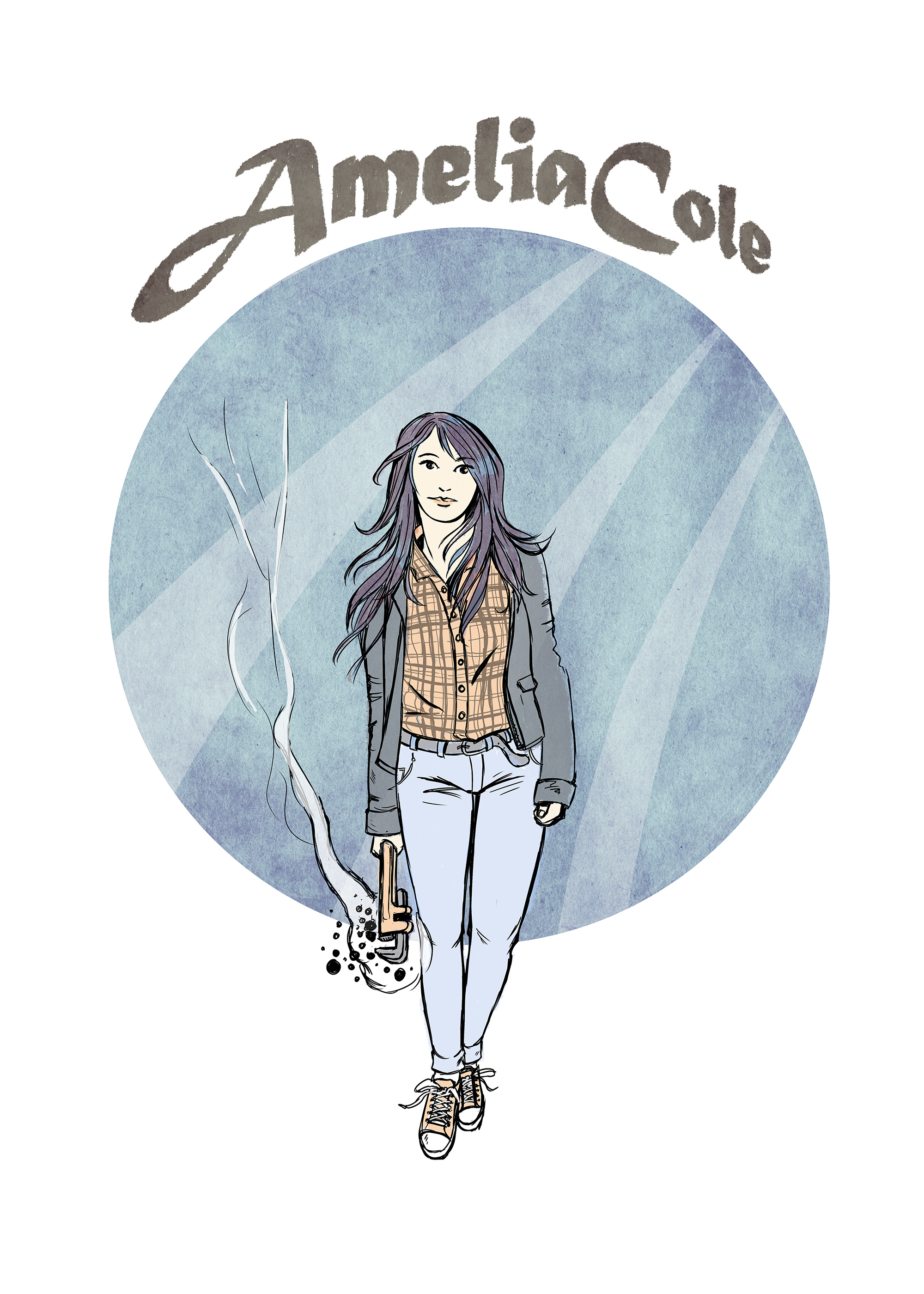 Amelia Cole is web comic written by Adam P. Knave and D.J. Kirkbride, and drawn by Nick Brokenshire. published by Monkeybrain Comics on the web.

The first volume will soon be in print by IDW.

Each year I put together a CD of some my favorite songs of the year for my siblings.
Here is the CD cover I illustrated for this year’s “Songs for the Box” 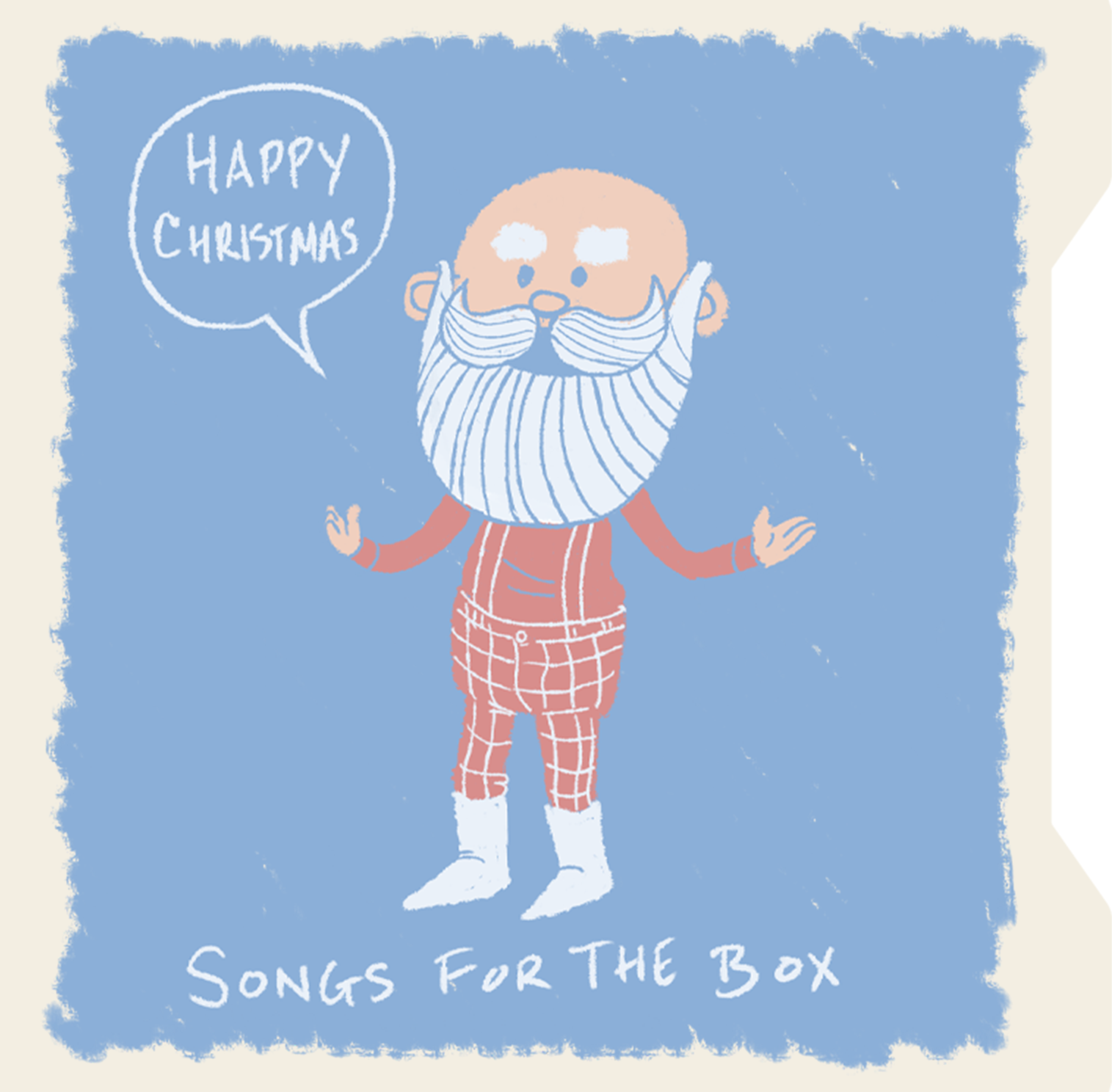 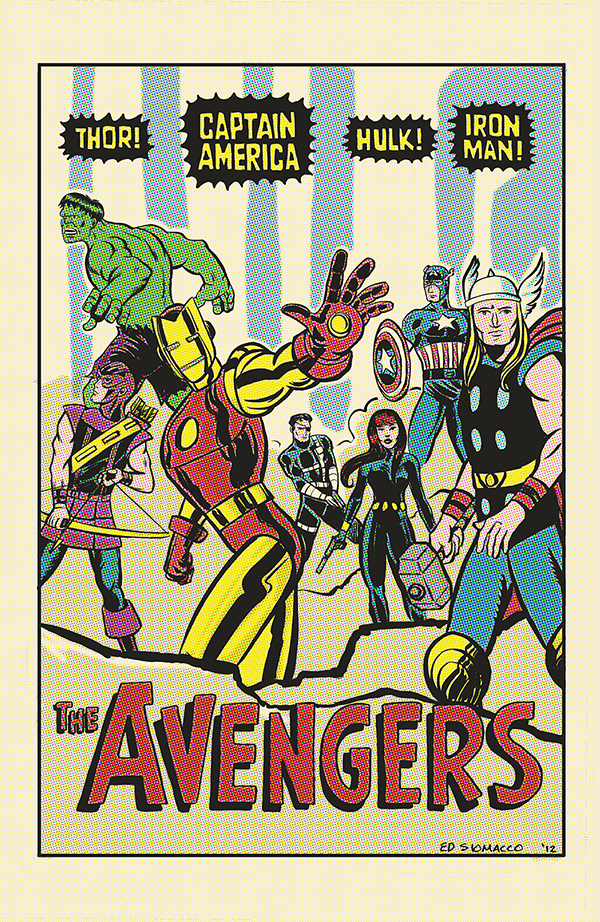 I made this for a crew print and a t-shirt design for the cloth and hair crew on Hotel Transylvania. We are wrapping up the last remaining cloth and hair tasks for Hotel Transylvania. A few months back when we hit our 50 percent complete mark, I made buttons for the cloth and hair crew with this illustration on the buttons. 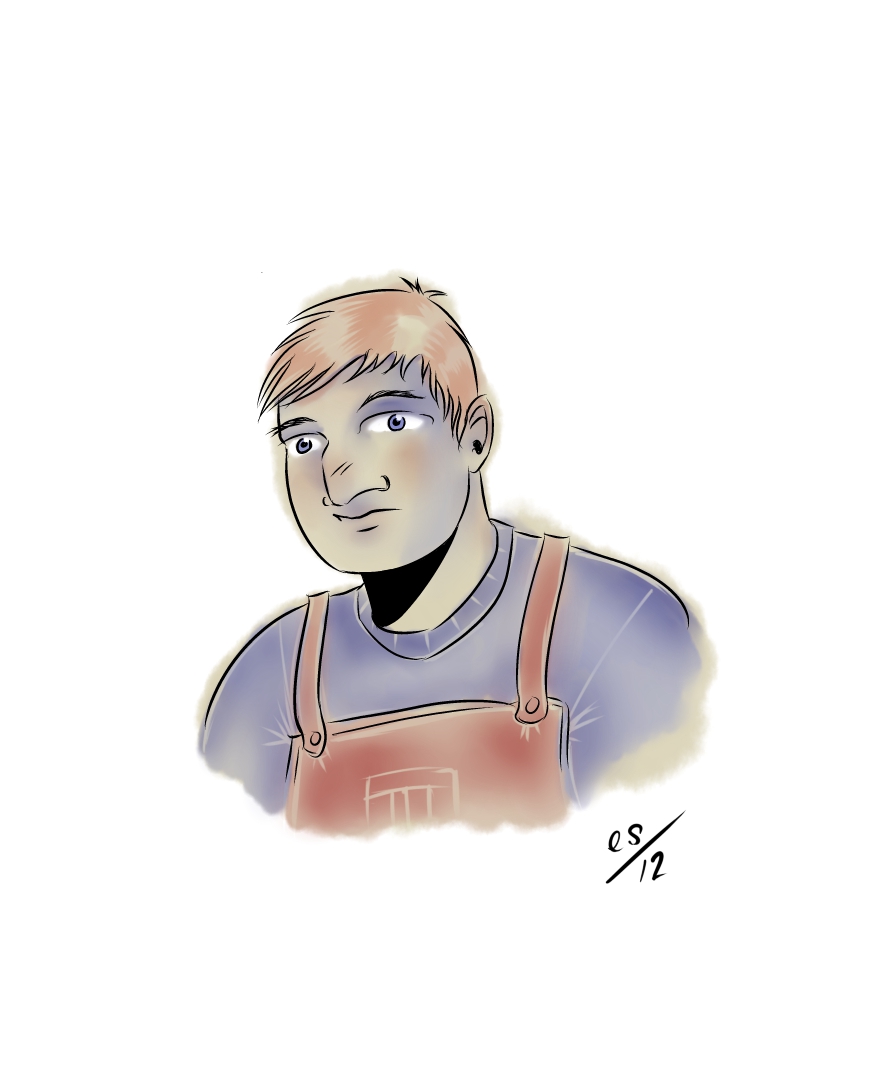 Old presentation I did on Dir. of Photography Conrad Hall.

Years ago I had to do a project on a Director of Photography for a school project. I was digging through my website and I found the webpage I made for the project.

There is still a lot of cool info and video clips on Conrad Hall on the page, so I figured I would repost it here.